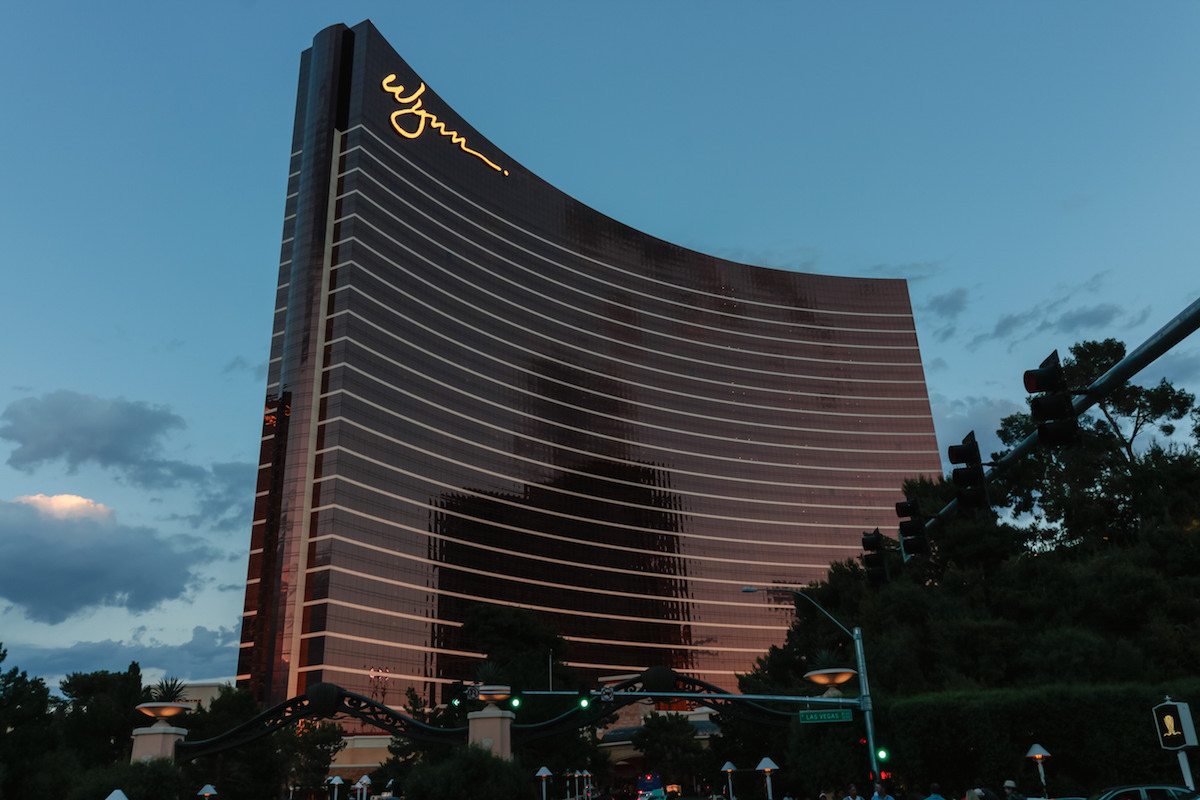 Walked up to the clerk and I made sure to be super friendly with eye contact, jokes and everything. When she asked for my ID and credit card, I had it already set up in my pocket with a $20 slipped in between. As I handed it to her, I asked if they had any complimentary upgrades.

She told me to hold on to the money for now and to put it on her side of the desk afterwards.

She said that my two rooms were lower floor rooms with no view but now I was on the 52 and 54 floor with a strip view! Worth the $20.

I checked in at 2pm on a Monday. I slipped the twenty between my ID and credit card and handed it to the male clerk. He quickly realized the twenty and slyly but the bill in front of his computer and said, “let’s see what I can do for you”. He asked if I would like a strip or golf view as he was upgrading me to the Panoramic King room. I went with the golf view and am very happy with my room, would definitely recommend trying the twenty dollar trick at the Wynn. We arrived extremely early, around 9:30 am, and didn’t expect to check in. Knowing we could keep our luggage at the hotel and tour around until the afternoon seemed like the best option. When we arrived at the Wynn, there was no one at the reception desk, checking in or out, but a number of staff members, so we thought we would at least let them know we were there in case our room was ready. We were lucky to be helped by a very nice man in his late 20’s. He was quite professional but after joking around a bit, he quickly loosened up. When he asked for ID I had the $20 waiting between my passport and VISA. I asked for a complimentary upgrade to a nicer room, which he said he could not do complimentary, but he may try to get us on a higher floor. We continued to joke with him as he searched for a room, and he said that the best he could do, for an immediate check in, was a smoking room, which we did not want. We told him that it was absolutely no problem to leave our luggage and come back at 4:00 when another room was ready. He returned our passport and Visa, and kept the $20. At this point I thought, fine, lesson learned. The $20 had gotten me no where.
We received a call stating our room was ready around 1:00, but were nowhere near the hotel, so we thought we would return later.
At 4:00 we returned to find that the morning shift was gone, and there were a number of young ladies behind the counter. When we mentioned that we were told that our room was indeed ready and that we had already talked to a gentleman that morning, she searched for our room. She told us that we had our corner room overlooking the golfcourse ready, and gave us our key.
The $20.00 got us upgraded from a resort room to a corner room.
Fantastic!!

nanette
Tipped:  $100 Upgraded to  no upgrade  from  standard deluxe

she just slid the money right back to me.

I slipped the 20 in between my I’d and credit card. The attendant winked as soon as he saw the money and said he would do everything he could to help. Same room type but the attendant changed us from non strip view 31 floor to strip view 60th floor. He also apologized he couldn’t do better since it was a Saturday and they were at 90% capacity.

Presented the sandwich at check in (mid-morning) and asked if any complimentary upgrades were available. Was momentarily taken aback when the clerk upon seeing the $20 said “is this for me?” I said “uh, yes, for whatever you can do for us.” She said “no, no, we’re not allowed to take money…but let me see if I can get you an upgrade.” She upgraded us to a panoramic view room on a high floor, for free. Very nice, and my friend was very impressed with me for knowing to ask. 🙂

We checked in at a little after 1pm knowing the hotel was nowhere near fully booked. I didn’t bother even trying the $20 trick, because it has been well documented lately that the Wynn has instructed all clerks to try and sell upgrades. Sure enough, I had hardly said hello when the clerk started offering me “bargain” upgrades.

Once I politely refused the paid upgrades, I was informed there were no standard resort rooms ready yet. What a bunch of bullcrap! I was informed I would have to wait until 3pm to check in, and I was on the 9th floor. I made a bit of a fuss to a guy in a suit who was directing people to the check-in lines, and ultimately wound up with a nice strip view on the 28th floor. Still a standard room, so no upgrade as far as I’m concerned.

I stayed at the Wynn for my Birthday/Memorial Day Weekend through a deal on Hotwire. I checked in around 5pm, did the trick and asked if they have any complimentary birthday upgrades. He put my 20 back on the counter and said “Let’s leave it here for now” (this was the first time I’ve tried this trick and am still not sure if putting the 20 back on the counter is a definite No Upgrade) and said that Panoramic Room costs an extra $25 a night but he can get me in a room on the 39th floor (one floor below the Panoramic Rooms) with a view of the golf course. I took it and let him keep the $20 that he put back on the counter.

1st time doing the 20 dollar trick. I was booked through Expedia for the Resort Room.

Clerk put the $20 bill on the keyboard, typed away, offered me a room on the 34th floor overlooking the golf course.

The clerk thanked me for the tip.

Floor to ceiling windows in the room. Nice bathroom.

To be honest, I didn’t notice a huge upgrade, then again, I’ve never been in an “un-upgraded room” at the Wynn so I have no basis for comparison. I guess the trick worked because the clerk kept my tip, but I’m not really sure what the upgrade was.

The Wynn is a very nice hotel, but I’d never pay $300-400 a night to stay there (probably because I don’t think ANY hotel is worth that!)

Stood on line for a while and finally got directed to a female clerk who was young. Told her that it was my first time in Vegas, and slipped her a $50. She put me in a villa that is on the golf course! Nicest room I’ve ever been in. Best $50 I ever spent.