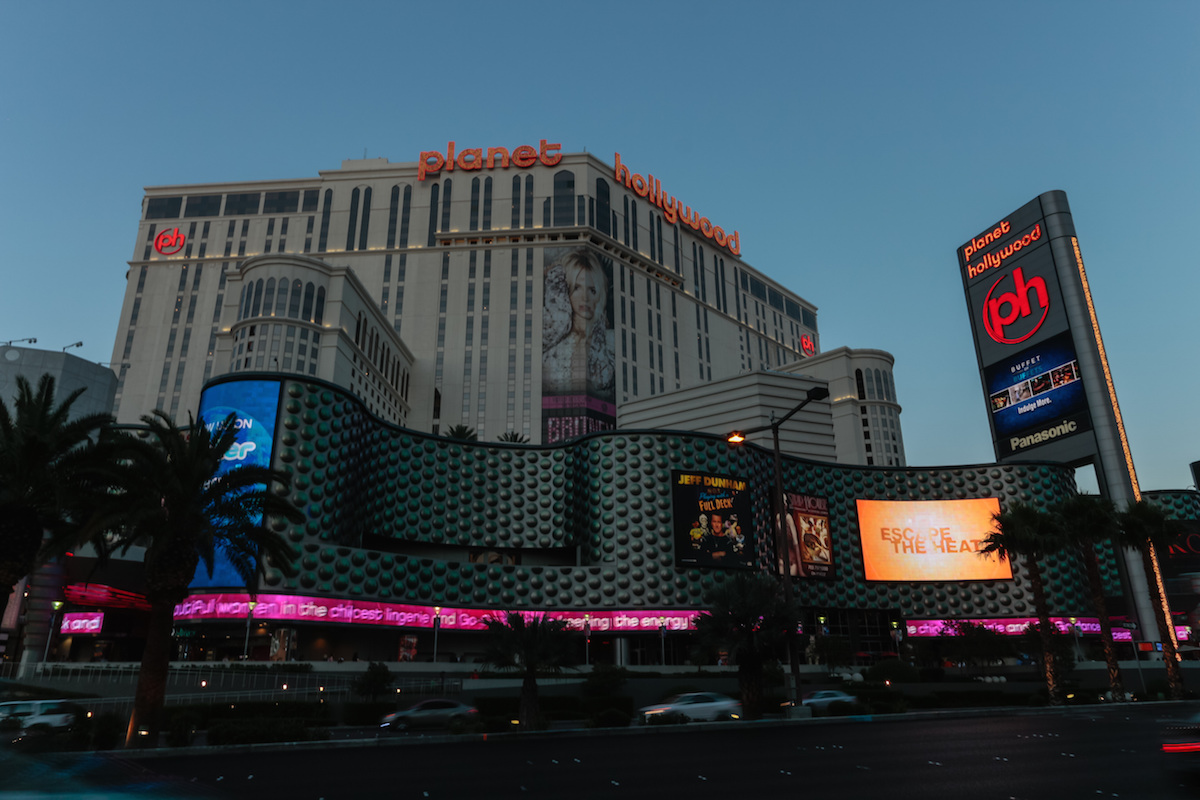 Stayed 3 nights at Aladdin – Worked like a charm and they upgraded us to a resort vista overlooking the strip from a standard room. (Amazing and was well worth it) Big change from the room we would have had. How do I know because the other person in my party checked in before and we compared the two rooms.

Just got back from Vegas – 4 nights at the Alladin using the $49/night deal. Arrived around midnight and did the $20 trick. Worked like a charm, was upgraded to a suite with view of the pool. I’m sure if I asked we could have gotten a view of the fountains. Thanks!!

I tried the $20 trick at the Aladdin on a $59 night players club rate and was told no upgrades were available for player club rates so I pulled back the $20 and asked for a room with a view…she gave us a nice King room in the North tower on the 26th floor facing the fountains!

I just returned from the Aladdin. At the front desk, we asked the lady to check and see if there were any complimentary upgrades, slid the 20.00 under the credit card. She said sure and upgraded us from a standard deluxe to a resort room with a great view, a couch, and his and her sinks.

Simple as pie, no tricks or magic words

Stayed 3 night at Aladdin $49/night, asked for a room upgrade, front desk said no at first, but when he saw my bill under my credit card, he put my bill and credit card on the keyboard, then did a lot of typing, and asked me if smoking is ok for me… I accepted it, it was on 33rd floor with a view to the Paris tower and Bellagio fountain + a Jaccuzz in the bathroom.

Just rolled back in from Vegas and the Aladdin about 30 minutes ago. Stayed at Aladdin May 7-11, checked in around 12:20am Monday morning. Handed the girl my card with the 20 underneath and asked if there were any complimentary upgrades. She said she would check. After about 3-4 minutes of typing around, she said she had one for me on the 23rd floor (top floor of that set of elevators) that is normally 50 more per night. It was a good view, although it was on the south strip side. Bathroom was insanely large. Separate glass shower, bath tub, separate crapper, two sinks across the room from each other. Spacious enough sleeping area with a somewhat small couch. Two very large windows. BUT BUT BUT… my other friend who checked in some other guys got a room that was the EXACT same setup as mine, and did not tip the clerk. They didn’t have as good of a view as us or as high up, but still got the same type of room. Didn’t complain, tho, because I loved it for 69/night + 20 tip. Even got to see the Boardwalk get blown up at like 2:30 in the morning. I forgot what morning it was

i put the folded 20 under my license and as i handed it to the guy i said “i was wondering if any room upgrades might be available.”

he moved close to the desk, held the license close to himself, quickly slid the bill out far enough to see the denomination, then covered it again. he started typing and said, “just a moment, sir, i’ll see what i can do.”

a few seconds later, he handed back my license, the 20 had magically disappeared, and he said “i’ve upgraded you to a junior suite with a panoramic strip view.”

the jr. suite is nice, it’s located at the front of the tower with curved walls, facing the strip . mine had 5 windows, so the curvature allowed for a great view. the suite wasn’t as large as some i’ve stayed in, but the bathroom was nice (one window above the tub) and had a tv you could watch from the bath or the shower. also, being located at the end of the hall, it was very quiet.

Was in Vegas this past weekend from April 28th to May 1st. Checked in around 10PM at the Aladdin and slipped the $20 under my ID and asked if there were any complimentary upgrades. The girl searched and found a resort room ($50 more per night) but it was snatched by another front desk clerk before she could secure it. She kept looking diligently but found nothing and gave my $20 back. She found a room on the pool level that was slightly larger (large bathroom with dual sinks, separate tub and separate shower with seat) and literally steps aways from the pool. I tipped her a $5 for her trouble anyway. She told me to come back the next day and she would check again but I was happy with the location/size of the room she gave us. The trick definitely works!!

Just got back from the Aladdin. Stayed April 15th-19th. Asked if there were any upgrades available while flashing a $20 and the guy said let me check. Tapped on the computer for a minute then said he could “hook me up” with a resort room on the 15th floor overlooking the Bellagio fountain. So It worked like a charm. The guy at checkin knew exactly what was going on. Aladdins comps were nice too played very little and ended up with 2 free buffets, a tee shirt, a coffee cup, $50 in free slot play, and $16 Cash Back. Probably didn’t spend more than 4 hours total in the casino the whole time we were there and only played the slots. I’m a $20 tip believer.