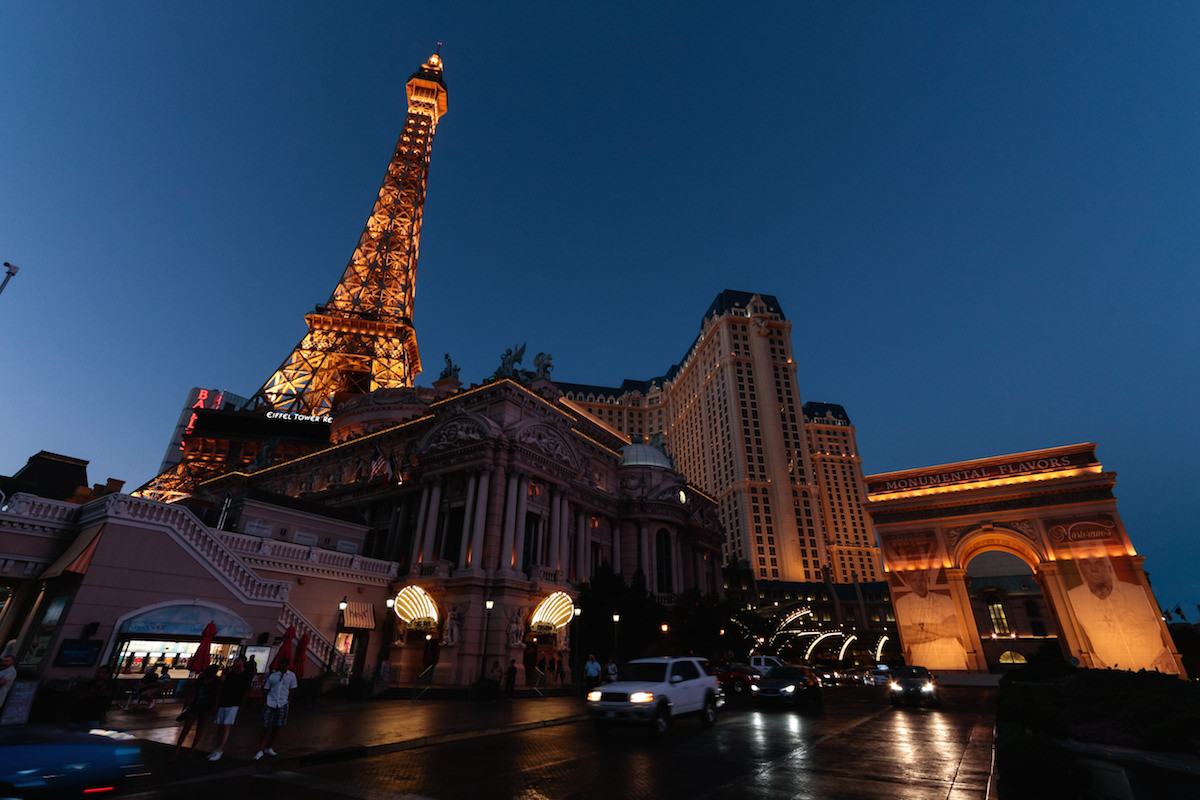 Arrived at about 1:30pm, check in was very busy and we had to queue for about 15 minutes. We where served by a very pleasant lady at the check in desks. Asked if there was any complimentary upgrades with $20 visible. We where offered a Le Mans suite which was incredible!! Well worth doing!!

I just walked up to the first available agent her name was davi its was around 8:30pm on 4/30/19 i went up with my $20 sandwich handed it to her and ask if she had any comp upgrades available then she said let me check she typed for about 10 mins then handed me back my id and card and said i got you in one of our nicest suites. We got to the room and fell over it has 2 bed rooms 2 bathrooms with a hot tub great view of the efiel tower and belagio fountains and strip was high floor great room upgrade for $20 but will alway try this trick now!

We tried our luck with the front desk tip during our stay at Paris. We arrived later in the evening, so there wasn’t much of a line, but we did not pick a specific clerk to speak with.

When I handed her the cards and tip, she took a minute and authorized an upgrade to the Lyons suite! I didn’t even get to ask for an upgrade- she beat me to it. Our suite was beautiful, with a separate living/dining room and two bathrooms. She said the room typically ran around $800 per night.

As we were walking away she thanked us for the tip. Overall, much easier and less uncomfortable than I thought it would be. Would recommend this tip to my friends!

Just went up and asked with $20 between credit card and ID, clerk typed on keyboard and went to the backroom and came back with our room information. It was a Suite Nice and was incredible!! Living room, dining table, 2 bathrooms, whirlpool. Thank you for the tip!

I had booked 2 rooms from dec 10-15 one was comped and one was around $415 for the 5 nights i went to a young lady around 9:30 am after arriving from airport and asked if i could check in now handed the 20 between the credit card and drivers license asked if she had any comp upgrades and she at first said she could get me rooms with a view but i asked for a suite for my parents and after a little typing a got the calis suite room 515p i think i got a room with a view 1403 i think when i checked out i only owed for the one room for the orginal $415 and got a $500 night suite comped ! will always try this !!! best of luck to everyone !!

Flight landed late Sunday night and my wife and I checked in around midnight or so for a five night stay. I got a steal of a rate on the Red Rooms for about $90 per night. (Basic rooms were about $50) I was unsure if the sandwich trick would work and since this was our first time in Vegas I wanted to get a somewhat more luxurious room so I booked more than just the basic one. Paris was selected for being near centre of The Strip and the deal offered was a very rare one.

The clerk was a male in his mid to late thirties. I did not target a specific clerk as there were practically no options this late at night. However, I knew from reading on this site that later hours were generally better for trying to score a deal as the circus at the front desk during check in time makes it tough for the clerk to help you. My wife stood by the bags at the casino floor entrance. I sandwiched up $30 with my credit card and passport and moved in.

After explaining who I was and that I had a reservation I handed over the package and asked:â€œDo you have any room upgrades available or rooms with a great view?â€ He hacked away on the computer for what was only about a minute and a half but seemed like forever. â€œYes I do have an upgrade available for you Mister Smith.â€ He explained that it was a completely free and complimentary upgrade to a $1300/night suite on the 32nd floor. The clerk then innocently asked if the money was for him. I nearly laughed out loud because it was so forced and obvious. I told him it certainly was and thanked him profusely for his help.

I kept the upgrade a secret and headed to the elevator with my wife. Hit the button for the 32nd floor and she asked on the ride up,â€œWhere are we staying?â€ just as the elevator doors opened at the top. Two southern boys were getting on the elevator as the doors opened and they heard her question. They answered and nearly letting the cat out of the bag.

â€œIf you are up this high, youâ€™ve got a great room,â€ they told her with a smile.

I let her know as we walked down the hall that she is really not going to believe this. I knew that a suite this expensive would be unlike anything either of us had experienced. I opened up the double doors for her to go first then followed inside. The suite was huge. Two couches, a powder room a glass top dining room table and a small entertainment unit were immediate visible. The decoration was lovely and The Strip at night was visible out of the two huge windows.

This room was nice. Really nice. So nice, in fact, that she took one look around the room, turned around to me and started to cry.

Double doors to a master bedroom with a King-Sized bed and a spectacular view of the Bellagio Fountains were explored next. The bathroom was all marble with a tub big enough for two and deep enough to submerge to your neck. Perfect for relaxing!. The shower stall was so large that four people could fit. The water closet even had a bidet! There was plenty of space in this bathroom for two people to get cleaned up and ready for a night on the town and never get in each otherâ€™s way.

Needless to say our vacation was spectacular and the accommodations we got were a big part of that reason. Truly amazing. The experience was enough that I confidently tout Paris as an excellent option for Vegas and it was enough to convince my parents to stay there in November 2009. We are returning to Vegas next month (February 2010) and if we score again I will be sure post about it.

Good luck to everyone trying out this trick. It really can work!

Checked in around 10pm and asked next available clerk if there was any complimentary upgrades available as I handed her the “sandwich”. She said she’d check and we were given a wonderful room on 27th floor overlooking Eiffel Tower and Bellagio fountains. The best $20 I spent in Vegas. So happy I found this site, thanks.

We checked in at about 2:00 pm on Monday. We didn’t get a chance to pick a clerk. We ended up with a woman in her 30’s. I gave her my licence, credit card and 40$. ( was hoping to get upgraded to a suite ) She asked me if i needed change, I told her that it was for her and was wondering if she had any complimentry upgrades available. She typed away for a minute, then said she had a renovated Red Room with a view of the Bellagio fountains. Our original room was there basic room, so we were very happy. We probably could have got the same room for 20$. I don’t know if it helped, but I had my wife call a week before to confirm our reservation and ask them to make a note that we were in town celebrating my birthday (which was true). Maybe it helped, maybe it didn’t. We will try the 20$ sandwich now every time.

Had a crappy room on 4th floor comped for 2 nights.
Slipped a 20 between my CC and ID…

I waited till the moment she looked at the 20 dollar bill and I siad ” Its my girlfriend’s birthday. If there are any complimentary upgrades with a view I would greatly appreciate it.”
She responded with ” Let me see what i can do!” We arrived around 10:30pm on Friday. Myself, my wife and our daughter. We waited in line and luckily we were waited on by a young man. I didn’t even disguise the tip – just handed him a $20. I said we were in town to celebrate our daughter’s 21st birthday and would appreciate anything he could do to help us with a memorable trip. He was great and told us the room he put us in might be noisy due to the band and if we didn’t like the room to let him know and he would switch us to a different room. It was PERFECT!!! Best $20 I ever spent.