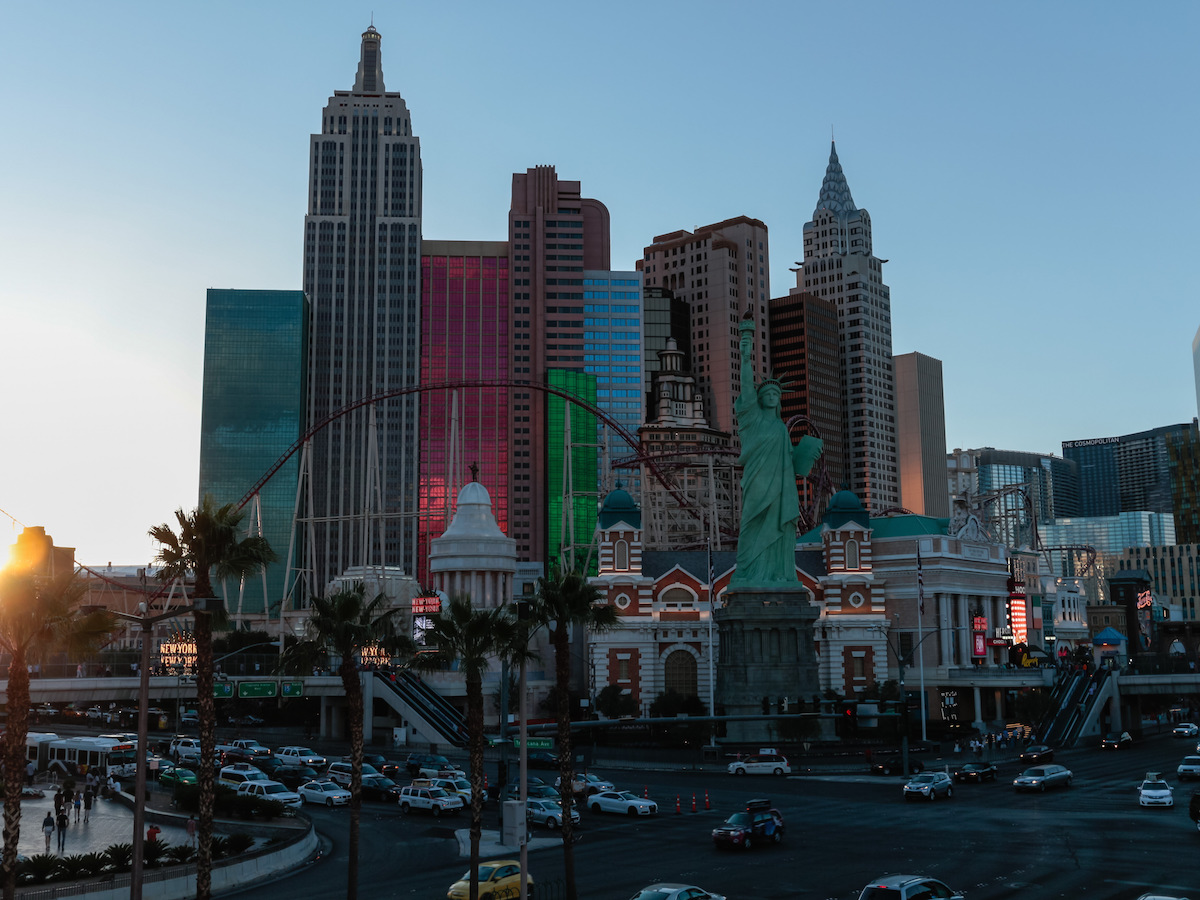 Front desk clerk in Feb 2016 …..place the twenty between the ID card and credit card…..and asked whatever you can do for me would be greatly appreciated ….the lady smiled and said no problem.

William
Tipped:  $50 Upgraded to  None  from  Basic

Checked in early, said I didn’t mind waiting until room was ready. Chatted for a bit about this and that while she was looking for a room that was ready. I asked for complimentary upgrade with a $50 in between my cards. She took off the daily resort fee but said she couldn’t do the room upgrade. She kept my $50 and that was that. It did save me money overall, but was not impressed. Next time, and I suggest a different hotel as well, I will just try a $20.

We checked in late Monday night, (Tuesday 1AM actually), and went to the first available clerk. I gave him a $50.00 sandwich. He placed the bill between us and he said I could tip him after if I was pleased with the service.

He made a very brief call and then checked the computer while we were making small talk. He said he had a spa suite available, a double room upgrade, on the 40 ish floor over looking the strip and asked if that would be ok. I said that would be just fine. He also said that since it was so late he would waive one day of the resort fee, ($22.40). I handed him the $50 and went up to the room.

When I checked out early Friday morning I noticed that the other 3 days of Resort Fees, ($67.20), were also comped! What a bonus!!! Now I wonder if he knew it was a $50 at check in? Did he just assumed it was a $20 as the bill denomination was face down? Had he realized it was a $50 could I have gotten into a Players Suite? I guess I’ll have to go back and try it again!!!

I talked to the first clerk available. I gave him a $50.00 sandwich and asked if there were any complimentary upgrades available. He handed it back and said if I was happy with the service after check in, he would be happy to take it then.

He double upgraded me from the basic Park Ave room to Spa room on the 41st floor with a strip view. He also said he would cover one night of the $20.00 Resort Fee because I checked in late, (2AM).

I’m wondering if he noticed it was a $50.00 sandwich not a $20.00 when I checked in because when I checked out all of my Resort Fees were comped, not just the first day. Was the extra days just a mistake or was he topping off comp because he received a lot more than he thought. If that was the case, had he known it was a $50, would I have ended up with a suite???

Got into the hotel around 1 am, so it was technically 1/27/13. Stood in line behind 2 other parties and got the next available clerk who was a SE Asian woman in her mid-20s. She was not overly friendly. Handed sandwich and asked if there was any possibility of a complimentary upgrade to a suite. She never really responded to that question and took all the cards and the $20 and placed them all at the top of her keyboard. She double checked our room reservation on her computer and re-confirmed that we were booked for a standard Park Ave room. She asked what bed type we wanted and if we wanted smoking or non. We told her we wanted a King non-smoking room. She replied, unfortunately, we do not have any Park Ave rooms that are King non-smoking, so I can upgrade you to the Madison Ave street view. I was a little disappointed because it sounded like we would have gotten the upgrade anyway w/o the $20. The room itself was on the 19th floor, relatively low, and facing the roller coaster so we could hear people screaming. The room was dingy and tired, the carpet had seen better days and I never went barefoot in the room. The toilet had a weird black stain in the bottom – looked like a fat permanent marker – and the shower was like being under a watering can. Overall, I was disappointed. We had better luck when we left NYNY and checked into Mirage 2 nights later and got a fantastic room I was really happy with.

Checking in to NY-NY around 3:30pm. After standing in line for about 20 minutes, I was ready to try the $20 tip trick. I handed the clerk the sandwich with $20 easily visible and asked if there was an upgrade available to a Spa or Marquis Suite. She typed for a few seconds and said the Spa Suite was $25 per night and the Marquis Suite was not ready yet.
I told her to forget it and she continued to check me in flipping the $20 with the cards but not touching it with her hands. She finished and handed me back my cards and money the same as I gave it to her.

Flight arrived about 6:30 from Omaha, there was no wait in line. Handed the young clerk the sandwich. She smiled sheepishly and looked kind of shocked. Asked if the hotel was offering any complimentary room upgrades since my husband and I were celebrating our anniversary. She said she’d see what she could do. Upgraded us from a standard room to a Madison AVenue room with a very nice view of the mountains. Handed the $20 back to me and said it was complimentary and to have a nice anniversary! Score! 🙂

Got to nyny at around 3:00 on a Thursday. There were 4 women working check out two older two younger. I got a younger gal which I was glad. Walked up put sandwich on desk and asked are there any complimentary upgrades available for my stay. She said let me see what I can do. Presto she upgraded us and gave us a corner strip facing room. I thanked here left the 20 on the counter said that is for you and she thanked me. I will definitely try this again.

Flight landed at 8:30 AM so went to check in early and was greeted by Monica. She was great and very nice. I told her that my wife and I were there to celebrate our first anniversary and I was looking for an upgrade to a suite and slipped her the $20 between my license and credit card. She noticed it and set it on the desk while she worked to look for upgrades. She told me that suites would only be available for an additional fee/day, but that she could offer me a complimentary upgrade to a Madison Avenue room, so I took it. She then returned the $20 because the upgrade was complimentary. She was very nice. Maybe $50 may have been a better play.

We checked in on Sat. around 1:30 pm on Labor Day weekend so we weren’t really expecting to get an upgrade on a holiday weekend. There was a pretty good line but it went fast and we were lucky to get a young guy. I handed him the “sandwich” and he said “Oh, is this for me?”, I said yes and asked him if there were any complimentary room upgrades available. He said that he could upgrade me to the next level room with a strip view also. I thanked him and off we went to enjoy our vacation thanks to frontdesktip.com!!