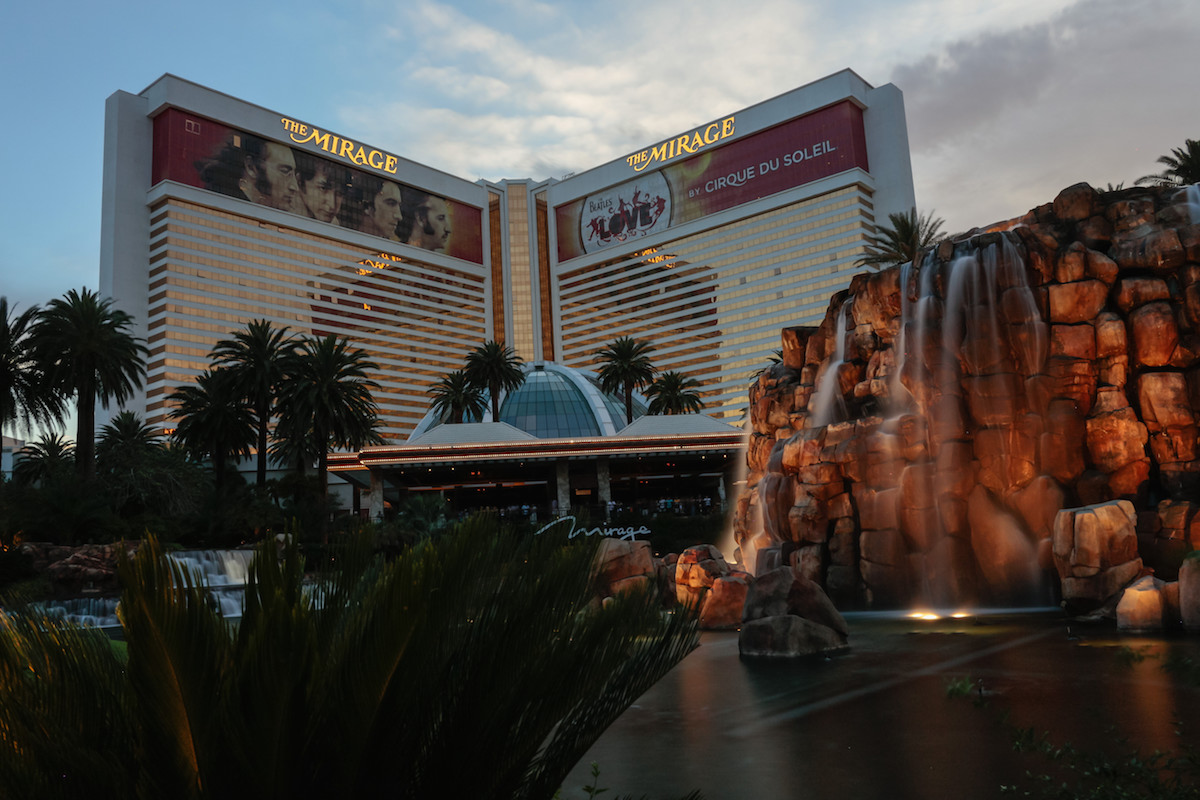 Checked in late one night. Found a young female clerk with an empty desk next to her. I’m sure she had done this before because the $20 disappeared in a hurry. After a minute or two on the phone we got a great room with a wonderful view.

checked in at the hotel was a super busy (fight weekend) and bad hour, used the invited check in line and did the 20 between the credit card and the drivers lic. worked like a charm. My friend got a room in the back with a view of nothing on the 8th floor, I got 23rd with a great view of the strip.

Slid the $20 as suggested…it disappeared immediately and she said she would see what she could do…I was thinking I was SET. She said she did have an upgrade but it was for a room with one king bed. I was staying with a buddy so I said that wouldn’t work. She kept typing so I thought I would at least get a better view or higher floor. When she handed me the key, it was on the 4th floor over looking the roof of the casino. I probably should have said something, but I didn’t know how bad the room was. She KEPT the $20 too and didn’t offer to try to help out the next day like they did for another friend of mine. SHOT DOWN! (I would still try it again as she clearly knew the deal, but she should have offered me the $20 back)

CLP
Tipped:  $20 Upgraded to  Standard at the end of the hall w/ a strip/volcano view  from  Standard

The place was packed, so I didn’t think there would be anything available. The clerk explained that there were no suites available (which I think meant he would have put me in one if possible), but he would put me in a low-traffic area room w/ a nice view. The view was of the strip and the volcano, which was nice.

Also, we did not have to wait on our room to be ready, as our colleagues did, and they gave us a free bottle of champagne on the first night.

Loli
Tipped:  $20 Upgraded to  Deluxe with pool view  from  Standard

I placed my $20 between my cc and DL and handed to the clerk. She immediately began looking up things on her computer. She asked me if I would like a volcano or pool view? I told her pool view. She then said that we were on the 26th floor with a private elevator in a room that was worth $50 a night more. When we went to our room, it was about the same of the standard room except for the pool view and the bathroom was much larger. As a matter of fact all the shampoo’s, lotions, etc… were double the size than the ones in the regular rooms. Well worth my $20 at check-in. Definitely would do it again!! FYI…I checked in at 11:30 a.m.

Didn’t expect it to work as I was staying for 10 nights but thought what the hec and tried it anyway.
She seemed surprised by the tip and I suspect this hadn’t happened to her too often.
I had a chat with her before we got down to the giving of the cards bit and my honest opinion is that creating some rapport is as important as the cash

When checking in, the young lady said she only had a room overlooking the car park and that the hotel was full. I handed her my Passport with the $20 and she saw it. After tapping away at the computer she said there was a room with a good Strip view available from tomorrow. She upgraded us so we spent one night overlooking the car park but the remaining 3 nights with a great Strip view. She handed back the $20 and seemed surprised when I said she could keep it. She had seen it, so I think she was nervous and polite, In my view it worked! ***PLEASE DO NOT PUT THE NAME OF THE CHECK IN CLERK – AS I DO NOT THINK YOU DO THEM ANY FAVOURS BY DOING SO***

This is the second year in a row the trick has worked. This time we checked in two rooms and slipped her a $50 asked for delux non-smoking rooms in the private elevator bank (24th-25th floor). It took her about 10 mins and we had to wait 2 hours to get into our rooms but got exactly what we wanted. Two ajoining rooms with a view of the strip and the volcano (pool view last year), non-smoking and jacuzzi tub. Well worth the $20. She also gave us a bunch of line passes that came in handy on more than one occasion. The trip was a blast and we all left with more money than we started with. It sure is nice to bring some of that west coast money back east. You can see a small picture shot out of our room window on my home page about half way down: theqoz

Checked in with a clerk located at the end of check-in line. As directed, I just sandwiched the folded $20 between my passport and credit card and put it on the counter, but without saying anything. She noticed it right away and, like a pro, scooped everything up immediately. She asked if the $20 was for her and I said “yes, of course.” She continued typing and we engaged in a friendly conversation about how it was my husband’s first time in Vegas, etc. She handed us our room cards and said she upgraded us to a Deluxe Suite, etc, on a private floor. My husband’s parents tried the same trick a few days later at the same hotel and it also worked. But, when they handed their credit card, $20, and passports, they asked if it was possible to be near us. It worked…they received same room as us, on the same private floor, but they also received full strip/volcano view. I would definitely recommend trying this. I was a little hesitant, because the hotel was sold-out the night we checked in and we were staying for 6 nights. However, like most people have said here, it’s only $20 and it’s Vegas! Have fun with it!

We got in late and there were only 4 people behind counter, one may have been a manager. We lucked out and went to the girl described above. I placed the 20 between CC and DL and as I gave to her asked if there were any upgrades available. The 20 disappeared so quickly, I have no idea what she did with it. She clicked for a second or two and said that there were none available that night but that they would call me by noon the next day and put us in a different room. Sure enough when I woke up our light was blinking and I called and they said they had our room change ready for us. (8am!). She changed our keys over the phone and we took our bags to the private elevators up to the 25th floor. Room difference was bathroom: Marble, seperate shower, two sinks. We had a view of the pool.