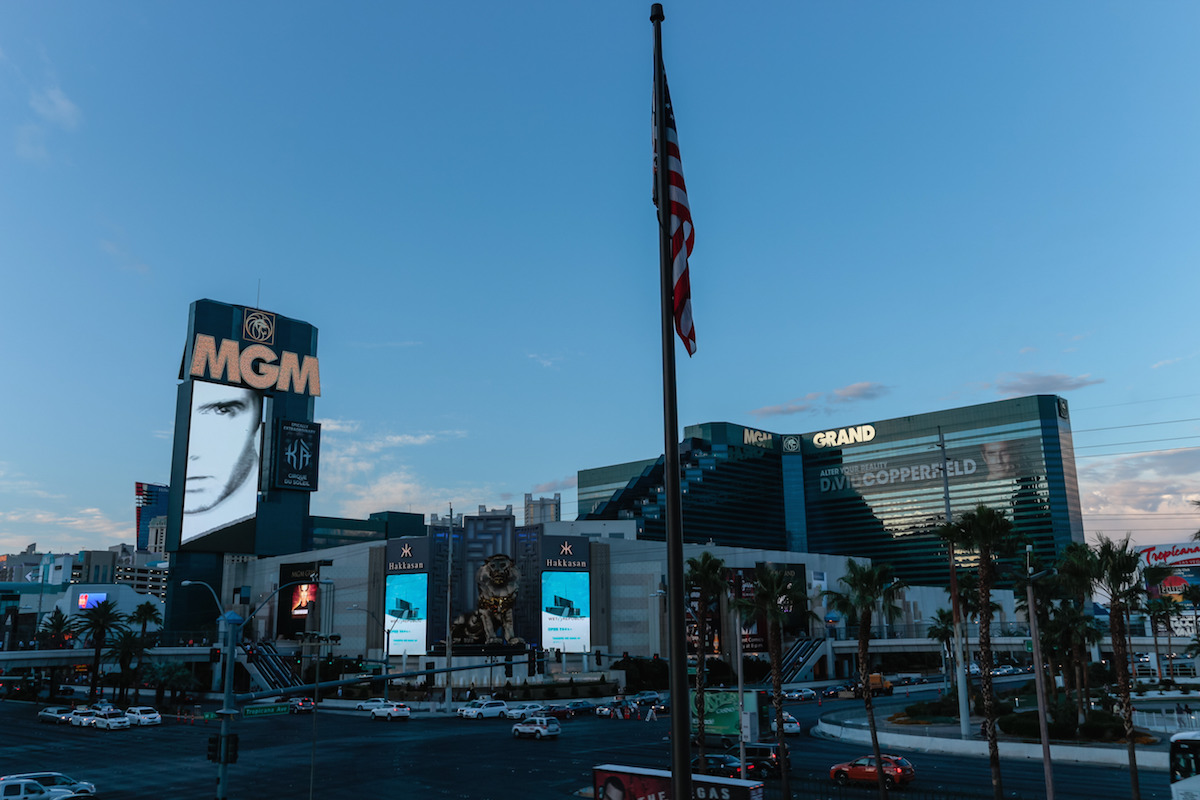 Just got back from the MGM with 2 other couples.

I was able to upgrade to a Hollywood Suite with the $20 trick for $5/night ($20 trick plus $20 for the 4 nights)….not a bad deal to upgrade from a standard grand tower room.

My brother in law tried too, was not having much luck (he was in line next to me) until he mentioned that my girl was putting me in a Hollywood Suite, and then my girl proceeded to help him find a room for my brother in law. He upgraded to a Marquee Suite for $40/night. Not sure how good a deal that was, but it was for 4 nights, and the room is usually $700-1200/night.

The last couple checked in the following night, and with $20 were upgraded to a Hollywood Suite for just the $20.

Just returned from Vegas (5-8 to 5-12). Also we stayed at the MGM. As previously mentioned, I checked in at the Airport. Younger gentleman checked me in. I did the recommended saying with the $20.00, and he immediately placed my visa and the $20.00 bill on the computer keyboard. He then typed for a bit, turned around and grabbed what I perceived as a magazine, and asked me if the upgraded suite was acceptable.

Just worked for my friend at the MGM Grand. He checked in the airport around noon and “hid” the $ 20 under the credit card!

Just got to Vegas today – staying at the Mirage for 3 nights at $129, $129, and $99 with FatWallet’s help(the rack rate for a standard room is $250! When we arrived, before I gave her the $20 tip under the card, I asked if there were any open rooms upstairs (suites). She said they were totally sold out – so I didn’t give the $20 tip. She then told me that they didn’t have any more of the rooms that I had booked (King bed – non-smoking). She offered a king/smoking or 2 doubles/non-smoking. I told her the king/smoking. On the way to the room, I put my $20 on black on roulette, and lost it. She gave us a room at the way end of the hall on the 6th floor with no view! Worst of all – it was the room with 2 doubles/non-smoking, not the king/smoking.

I went back to front desk, slipped the lady a $20 this time under my ID while I told her what happened. Like a pro, she quickly slipped the corner of the bill above the ID to see how much it was, then placed the card and bill next to her on the counter with the ID totally covering the bill. I asked if there was anything left upstairs – very quickly she said she would put us in a “tower suite” at no extra charge – but she did note that this new room should be $100 per night extra. We got a larger room with a much larger bathroom (jacuzzi, shower with seat, 2 sinks, makeup table) all in a suite on the 24th floor overlooking the strip! This is trully the land of tipping!

I was in MGM too last april 16, checked in at 3 pm for 1 night…tried the $20 trick, slipped the bill in between the license and credit card, then asked if there’s any complimentary suite upgrade available, the front desk gave the $20 bill back to me then she told me she found available suites for additional $50 & $75, she thought the money was tucked accidentally, i don’t know what to do so i accepted it. She looks new, and this is also my first time of doing the trick…guess it didn’t work. Does anybody have suggestions what to do when the front desk seem like they don’t know the trick? Thanks…i’ll still try next time.

I just came back from vegas April 17-20th with the $69,59,69 rate for the 3 days at MGM. I went up to the counter and asked after a few minutes is any upgrades available. I had the credit card on the counter with a bit of the $20 bill showing. She told me there was nothing available but she didnt see the money. Then I told her we’ll take care of you. ( i had 2 rooms booked). Then she saw the $20 and started typing away. From a standard room we got upgraded to the Hollywood Suite (reg $400 nite) for both rooms I reserved..and beside eachother also. 800 sq ft, 2 showers, living room, 2 tv’s ..seperate bedroom with queen bed, huge washroom, fridge, kitchen sink. Didnt expect that but money talks.

Checked in to MGM Grand at the airport check-in yeseterday 4/15. Used the $20 trick and it worked like a charm. Got upgraded to a Bugalow suite with a view of the strip. Thanks for everyone’s help!!!

Just got back from Vegas, we tried the $20 trick but the MGM rooms were sold out and there was nothing our hostess could do for us. We’d try it again tho! In all of the excitement, I forgot to ask about a room near the elevators. It definitely would have helped out because we sure got beat with all of the walking!

Jim Roberts
Tipped:  $0 Upgraded to    from  Deluxe King in the main tower

So me and my fiance went on holiday to Las Vegas in July of this year. We stayed at the MGM Grand for 7 nights. We were given a room in the West Wing by the travel company. However, after reading reviews, I gathered the West Wing rooms were pretty poor (which they were!). We arrived, checked in at reception, I tried a $20 sandwich with my credit card, however I got the trainee with the boss behind her. Needless to say, she just gave it me back without a clue as to what I was doing. I asked if there were any upgrades available, she said not as there was a pretty big concert on that night. She said try back in the morning.

I went down the next morning after a miserable night in a dull tiny West Wing room. Went down to reception. A nice chinese lady receptionist with a clipboard milling about came up to me, and i asked if there were any upgrades. she said yes, there was a Queen Suite in the main tower available for $20 extra a night, I said yes, she sent me to an empty desk where there was a black man in his later 30s I reckon. I told him the lady said there was a complimentary KING SUITE available…I gave him my current room key with a $50 underneath (I thought sod it, $50 still works out cheaper than $20 a night!) He was lovely. I tried to make as much small talk as possible…I told him that I had proposed to my fiance the day before and was wanting to make it a special holiday for her! (ok, i proposed 4 months before, but he didnt know that!)

He said he had got us a lovely room overlooking the strip, a King Suite.

He then went on to give me the $50 tip back! I said it was for him and I wanted him to have it…he replied with “no, you are a lovely couple, have a great holiday”