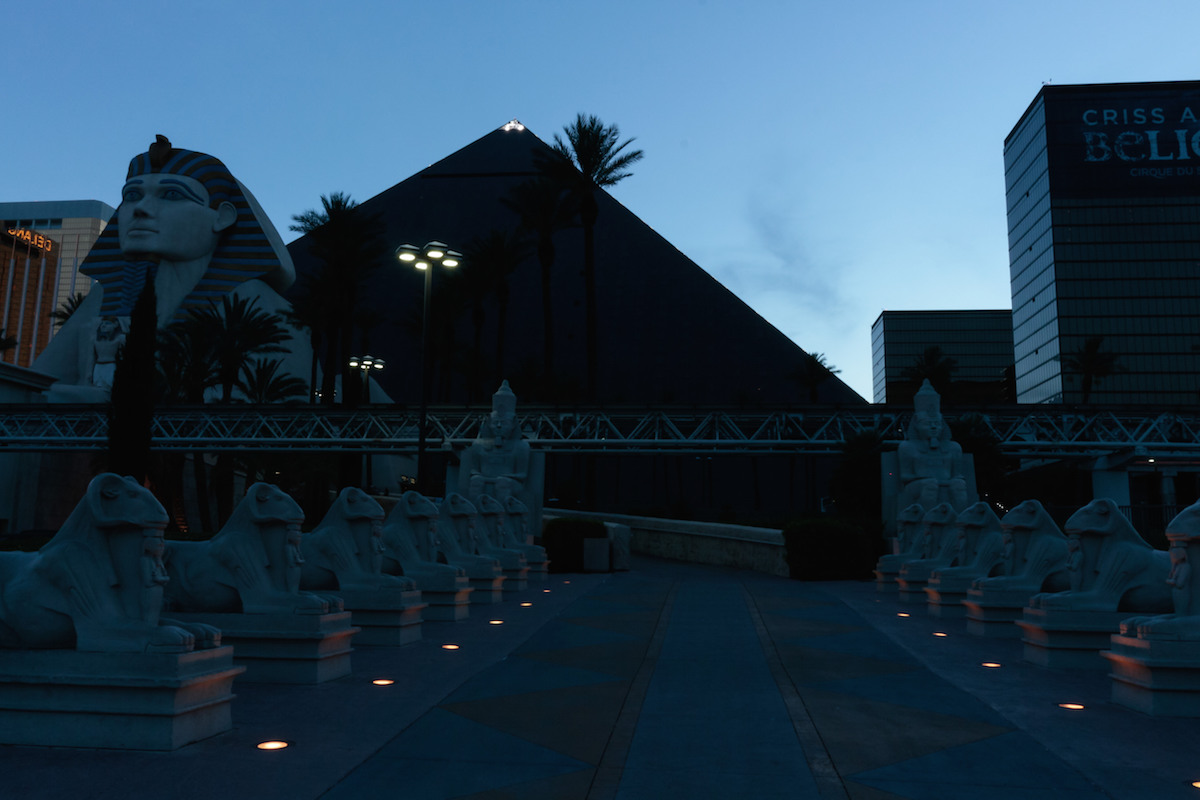 Like everybody else, had $20 between CC and ID. Asked for any complimentary upgrades. He checked with his manager/supervisor and he offered me the Tower Premier Suite. He sent up a rollaway bed since I needed two beds and the suite only had one King bed.

Booked the $79 special on casinotripreports. Upon arrival, I created some small talk with the front desk agent. They were really “bubbly” and thats when I asked if any upgrades were available. She was like “let me check for you” and then came up with the suite. She really didn’t see the $20 but I still gave it to her.

Had the $20 between my credit card & ID w/just the corner visible to the clerk. When he asked for my ID, I asked him if any complimentary upgrades were available. He knew exactly what was up, said he would check and offered the Players Room. I would have snatched that one up, but we needed two beds, so I declined – thanked him profusely for giving it a shot – and gave him the $20 anyway He then tried to upgrade me to a Spa Suite in the Pyramid – which I again declined because the spa tub is right in the middle of the room! When traveling with your mother, this is not ideal By the time I left the front desk, I knew for sure we had received about $60 in credit to our bill for the in-room fridge we requested, and he had given us a clean room in the West Tower with a decent view and location. At check out, we discovered that he had also credited us $85 for our first night’s stay!! YES!!! Additionally, our bags were at our door within 5 minutes of walking into our room …. our room service and other things we asked for arrived *extremely* promptly! We really could not have asked for a better stay. Actually, I might hit rewind and skip the [email protected] buffet. Anxious to try this tip again on our next stay! For us, the trick was to smile, be friendly and dress well. That combination seemed to work!

Felt bad about the Priceline purchase, because the same day I did PL the Luxor came out with a promo where the rooms on;ly cost $69, so for $4 more I could have dealed directly with Luxor, which may have a few advantages over PL (Cancel etc.).

Long line, took first csr avail. Had $20 between cc & dl. CSR saw $20, put it right back in front of me on counter. I asked if there were any upgrade complimentary rooms avail., he checked and said he could help. Got to the room and it was at the end of a hall in the East tower. It was on a low floor, but that doesn’t matter much to me, especially since it was a very nice suite. Huge living room w wet bar, good sized bedroom, and very nice bathroom, separate toilet area, jacuzzi tub & shower stall. They call it “The Tower Luxury Suite.” Very, very, nice.

We met a friend who was also staying at the Luxor, $165/night, crappy little room ion the west tower, she kept saying how it was worse than a motel six. Gotta admit, it’s tough to be in a small room after you’ve stayed in a suite. As I’m sure I’ll have the misfortune of experiencing again!

Checked in around 10:30am and it was dead. Put the $20 between ID and CC, and hoped for Tower Deluxe Suite. Front desk person went away for awhile, and came back with the tub upgrade. It worked for me though I wanted a little more. Still got the $30 dining credit at the Steakhouse, which we used. Got engaged to my girlfriend too!

There were about 20 people in the check-in line and each guest was assigned the next available clerk. So, there was no way to pick and choose which clerk I wanted. I slid the twenty just peaking out from my credit card on the table and asked her if there were any complimentary upgrades available. She looked at the twenty and got an amused look on her face and said, “I’m sorry, but we don’t have anything available right now.” She made no effort to take the tip and then asked if I still wanted to leave my credit card on file before reaching for it and leaving the twenty on the desk. I pocketed my twenty and left it at that.

The hotel was kind of busy, but it didn’t seem full. I think she just wasn’t willing to do an upgrade.

It was great …. very easy and simple … slipped a 20 between id and cc and the guy at the desk happily accepted it telling me yes I can give you an upgrade, can’t get any easier than this.

I showed the lady my ID and credit card with the $20 bill on the top. I asked her for an upgrade. She said it would cost me an extra $10 per night to upgrade from Pyramid Deluxe to newly renovated Tower Deluxe. I asked if it could be free. She said no. I then asked if I could get free breakfast in the hotel or dining credit. She said no free breakfast and dining credit offer had expired on 12/21, so again that was a no. I decided to pay the extra $10 per night for the upgrade and did not tip her the $20 bill since I didn’t get anything from her. I don’t understand why, insteading of charging me $20 on my CC, she didn’t take the cash herself and give me a “free” upgrade.

I went to the desk with my wife and said that I had recently got married and would like to get a complimentary upgrade if possible. I already had my ID and credit card with the $20 bill visible on top of the card. She was very nice and immediately said that “You might just be lucky today”. She worked on her computer for a few minutes and then upgraded me to the best possible room that they had (for reqular customers at least). I slipped her the $20 and thanked her and went up to my room, not knowing exactly what I had been upgraded to. She just told me that I would be very happy. The room was the best and biggest hotel room/suite I had ever stayed in. It had a living room, dining room with bar, and a master bedroom with an awesome view. The bathroom was huge and had a spa tub in it. On the whole, it was the best gamble that I made in my 3 days in Vegas. The best part of it, was that another couple who were with us, also got upgraded from the pyramid deluxe room to the tower premier suite.

Reserved the room via luxor’s website at 60 bucks per night, getting 1 night free if you buy 2 nights (essentailly 40 bucks per night). Checked in at around 7:00pm, when it was busy; the clerk automatically asked me for my identification. I gave him my credit card and driver’s license, revealing my 20 dollars underneath. I asked him if he had any complimentary upgrades, and he told me he’ll see what he could do. He went to go ask his manager, who OK’ed the whole thing, and let me know that if anyone asks, let them know I’m on my honeymoon. I told him thanks for the upgrade, and gave him the 20 dollars as a tip for helping me out. While at Luxor, I also received a free caribbean cruise for two for ‘being on my honeymoon