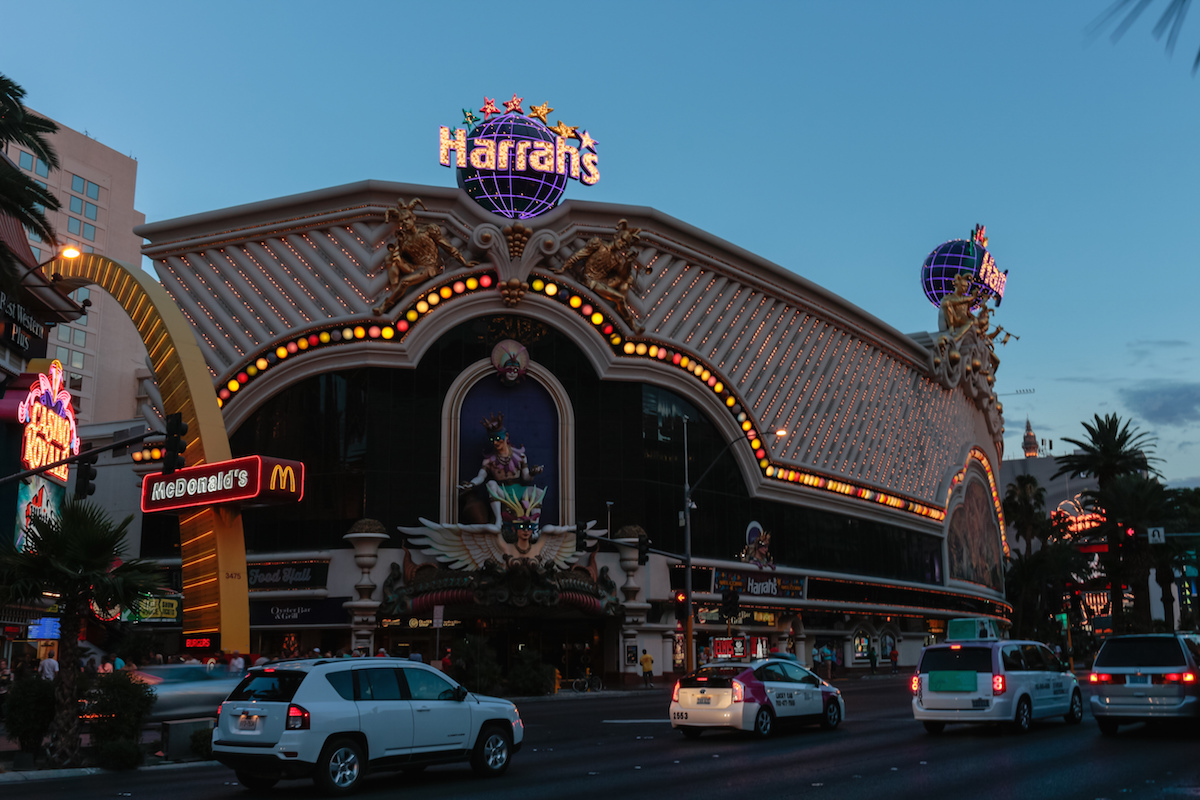 The clerk spent several minutes on his computer clicking away. Finally excused himself – when he returned he apologized and said the boss said he couldn’t upgrade us to a suite because it was the weekend. He returned my 20.

Had two nights comped into a deluxe room on a Fri and Sat. Didn’t get in until 9:30pm and when checking in asked if there were any upgrades available. Handed her the $ sandwich and got an immediate “No upgrades available on Fri or Sat nights” because they were so busy those nights. She handed the $ back saying she couldn’t take it if she couldn’t help me and continued the check in. Mentioned that I would really like her to have the $ and hoped there was something she could do. She said Hang on and checked with a mgr. Came back and got us into a 14th floor room overlooking the pool and part of the strip. Gave her the $ after completing the check in. It was a much nicer room with 2 LCD’s and pillowtop bed. Worth the $!

Well I was not to sure this was going to work at Harrah’s I almost always stay at the Venetian. I handed the clerk the sandwitch and asked for the upgrade she immediatly said she could not do anything, then she saw the 20 and changed what she was telling me, almost in mid sentence. She asked me if I wanted change for the 20 I told her “no that is for you”. We were put on the top floor over looking the pool in a very nice remolded room. The bed was excellent with a nice pillow top. The room had two plasma TV’s.

John G
Tipped:  $20 Upgraded to  one room suite  from  standard

I checked in with with my daughter by my side. Gave the lady the $20 sandwich and asked about an upgrade since this was my daughter’s “first” trip to Vegas. (Well her 6th “first trip” actually) She immediately handed it back to me and said that she did not think there were any upgrades available. I pushed it back to her and asked her to try anyway. She left the counter and went to the back. She came back and told me that the first night we could be in a suite and the second two nights in one of the newly remodled rooms. We were very pleased with the suite, the second room was also very nice.

jcattin
Tipped:  $20 Upgraded to  Parking lot view with 1 queen and a couch...  from  Strip view room with 2 queens

I tried this tonight, I was with my dad and I told him exactly what to do and say. Then when she asks “How may I help you?” he replies to me and says “What a I supposed to say?”….idiot.

So I just take over hand her the DL, $20 and CC and ask her if she has any complimentary room upgrades available. She says she has to ask her manager, he makes a phone call and then she says “Good news” and proceeds to tell us that they do not have a suite with 2 queens but they do have a suite with 1 queen and a couch.

This is my first time in Vegas and after watching the show Las Vegas and seeing movies of Vegas when I thought I was getting a suite I had it made. Then we get to the room, I wouldn’t call it a suite, its dirty unwashed windows over look a few parking lots…oh well, next time I am going to try a nicer/newer property.

I was going to first try the trick at the airport and if it failed there, try at the hotel. Unfortunatel,y the Harrahs airport check-in was closed and doesn’t look like it’s been open in a while as there were no desks, papers, or anything in there at all.

I approached a young girl at the front desk, maybe mid 20’s, was very polite, very nice. I held a $50 bill in my hand rubbing slightly, but discretely, against my credit card. She glanced down and clearly saw the $50 and smiled but when I ask for the complimentary upgrade she explained that due to not pulling proper permits, over 900 rooms were shut down, which included over 250 of the just less than 300 suites Harrah’s has. I originally checked in at around 12:30 and the room wasn’t ready so I was told to check back in about an hour or so and to just go back to the information desk to see if the room was ready.

I went to the information desk about 3pm and tried the trick again, the woman was very nice told me the same thing the first one did. Next to me was another couple who tried the trick as I could see the $20 bill and the credit card sitting on the desk, but the clerk just said, “best I could do was the 10th floor” and gave the couple their $20 back.

At 3pm the room wasn’t ready AGAIN so I was told to come back at 4 and it would be ready. Being a persistant bastard, and a different person behind the desk, I figured I would sort of try again. I was polite and ask if any suites happened to open up (didn’t show the $50 bill this time). I AGAIN heard the story about the permits leaving very few suites available but this clerk went on to explain how the front desk folks aren’t happy because they normally get a commission for upselling the suites, but since there are so few available, only the casino hosts can assign suites at the moment.

I’m pretty sure the first girl would have been glad to take that $50 and run and put me up in a suite if she could. She kept looking at it and apologizing and saying she wishes they had some available.

If you’re banking on getting a suite at harrahs, I would certainly check to make sure their suites are back in commission first, otherwise your chances aren’t going to be good.

Carol
Tipped:  $20 Upgraded to  none  from  standard

Harrhs rooms are small.when asked for a upgrade was told they are only given out by hosts. front desk clerks are not allow to give upgrades.said they could be fired for that.

The clerk we spoke with was actually the Front Desk Lead. Not sure if this helped or hindered the experience. He offered an upgrade for $50 a night before even taking the credit card and license with the $20 tucked in. He told me there were no complimentary upgrades available, then saw the $20. He told me that he was putting me in a renovated room with a flat screen and a TV in the bathroom. We probably could have gotten this one with or without the $20.

Believe me when I say I tried to go to the young-looking girl, but this old bat waved me over since I was the only one there. I slipped her a $20 between the CC and ID and asked her for a nice room. She said she could give us a great room, but we’d have to have two queens. I figured that would be okay, and the room was pretty nice, older mardi gras tower but great view of the strip. The couple we went with did not slip a $20 and got a crappy view on the 11th floor. It turned out to be a good thing that we had two queens because the couple we went with got into a fight. The girl locked the guy out of their room when she found out he went to a club after she passed out, so he had to sleep in our other queen. I went to the club with him, but my girlfriend didn’t care, she trusts me.

Was my brother-in-laws 1st time in Vegas so wanted him to have a good time , checked in around 1 p.m. 1 st clerk available was female and on the mature side. Slipped a 50 in between hoping the extra would help She checked for about 5 min. , couldn’t find a suite , but did gets us close to each other for rooms , upper floor , away from carnival court side , refurbished room w/ plasma tv in bathroom and bedroom , king size bed (very comfy by the way) got most of what we tried for very pleased with out come ,brother/sister in laws were also very happy. Successfull ? YES !!