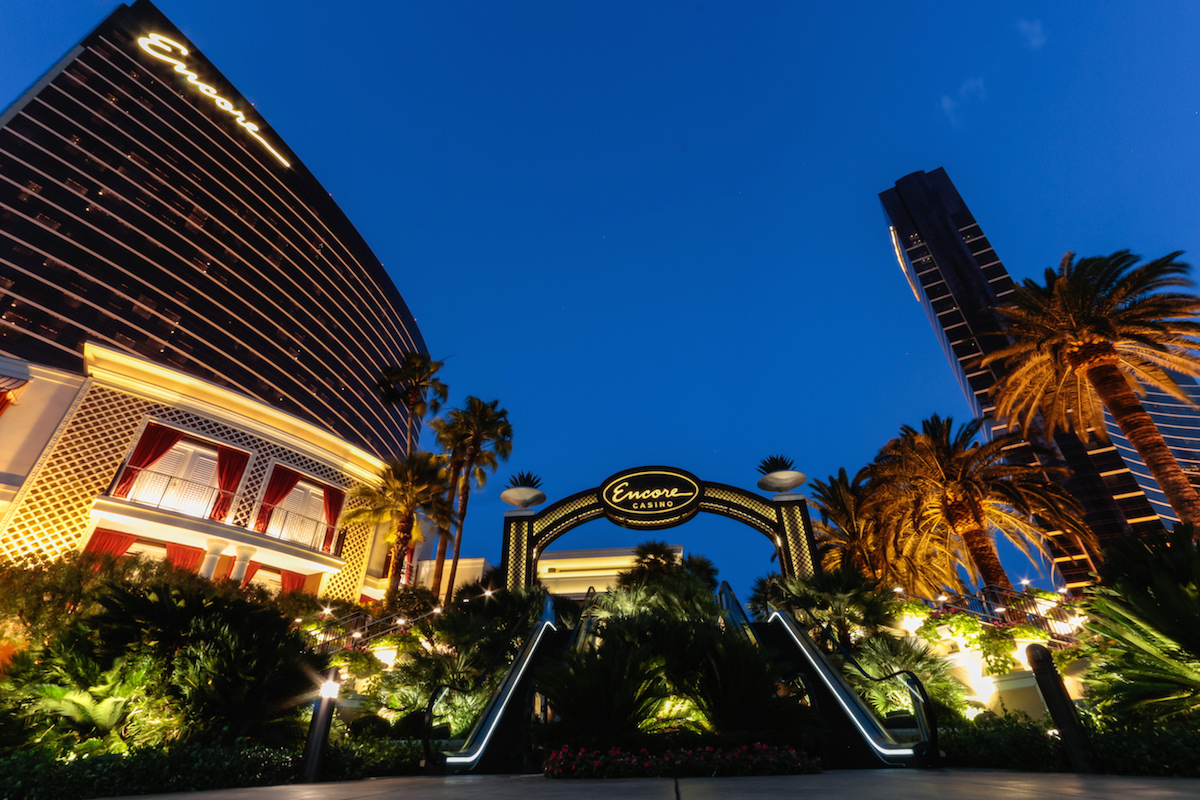 Had a great deal for $99/night. Booked a Resort King, slipped the lady a $20 and asked for 2 beds with a view. (The double queen normally cost about $50 more per night) She offered me the Dbl Queen with pool view. She also offered me a higher floor with a better view if i wanted to wait a little bit for the room to get ready. I was happy with the pool view so i just took it.

Carey
Tipped:  $50 Upgraded to  none  from  Encore King Room

I went for the young, sharp looking clerk and offered the $50 dollar sandwich. I asked politely if there were any upgrades available, and he immediately handed back the cash and said “there’s nothing I can do for you”. I wasn’t surprised, as Wynn seems tight with everything when it comes to offers and upgrades.

I booked a panoramic room via the hotels website. I got a pretty good rate…$189/night which I thought was a great rate for that room. Upon check-in at about 4:00 pm, handled the clerk my DL, CC & the 20 bill in between. I asked if there were any upgrades available and she began searching the computer. After a few minutes, she stated she was able to find a nice room on a higher floor, facing south. I was pleased to find that she had put us ont he 57th floor with a great view. Worked like a charm. Will try this again on my next visit.

Friendly female on the end, away from supervisor. Checked in at 8pm. She very adeptly slid the $20 under the keyboard and smiled. I asked if something was available facing the strip and as high as possible. She smiled again and said that she had something that I’d definitely like. 56th floor close to elevator and looking straight down the strip. Seeing that I booked a ridiculously low package via aa.com, it was a major score!

I received an offer from The Wynn several weeks back offering me a king suite in their Encore hotel for $99.00 a night plus 75.00 slot credit. It sounded great plus we have onlyy been in the Wynn one time and the best part we were about to celeberate our 43rd anniversary . I booled it for five daya starting Sunday April 25th leaving Friday April 30. We were excited because of all the great things we have read about both hotels. Anyway upon checking in we were told we would be on the 24th floor with a partial strip view. Well I decided then was the time to try the twenty dollar upgrade idea. I smiled and gave her my i.d. and c.c. with a twenty in the middle and I asked if by chance there would be any free suite upgrades since it was our anniversary. Well she glance at the computer and hit a few keys and said by luck a tower suite was vacant on the 62nd floor with a unique view.. Well we took it and MAN WHAT A SIUTE. We were speechless when we opened the doors . The room was really large with flool to ceiling windows that had a view that was GREAT ! Example. If you are outside looking up at the name WYNN we were even with the letters and could see a loooog away. Now after our luggage arrived so did a very nice HAPPY ANNIVERSARY card with five chocolate covered strawberrys. Now in the Encore Tower suites you will receice a free dailey newspaper, free turndown of your made from heaven bed free bedroom slippers, and free bottles of water.Now in the morning after you go to breakfast housekeeping would clean your suite and fill your ice bucket. Everything in the suite could be controlled by a control by your bed. I know I am leaving out a few things but do I think the twenty dollar idea worked . We picked a young girl in her twentys because she was really cute. We checked in about two p.m. THE ENCORE ROCKS ! All of the employees were outstanding.

We had a resort King suite reserved and upon check in I tried $20.00 trick and it worked. We were upgraded to the 64th floor tower suite and it was beautiful and we received great service with a great view plus we both received slippers and free newspapers every day . We love the Encore .We checked in about 1:pm on a Sunday and just asked the girl if any type of upgrades were available and we received this beautiful towe suite. :

It was about 8PM when I arrived and the Front Desk was empty. A young lady in her early 20’s helped me and mentioned you just started her work day. We exchanged some small talk and she asked me for my name and a credit card and license. I then asked if she wouldn’t mind checking to see if she had any complimentary room upgrades and she said she would check. She said she could give me a Panoramic suite with a great view of the Strip and I said that sounds perfect. The room was AMAZING and it would have cost me at least $40 more per night when I originally booked my room so this was a great deal for me! Thanks for the tip. I’m going back in 2 weeks to the Paris Hotel and I will try it there too!

Neal
Tipped:  $20 Upgraded to  no upgrade  from  standard suite

I tried the sandwich..I didn’t work even though it was my birthday and we had 12 rooms of friends also staying there..They did send me some nice chocolates but I wanted a higher room with a better view.
It’s still a great hotel!!!

We decided to try the tip sandwich when we were checking in. It was pretty dead at the registration, and we went up to a young female clerk. She asked for my credit card and drivers license, in which I put a $20 between the two and handed it to her. I asked if she had anything up in the upper floors with a panoramic view of the strip.

I think she has seen this game before, and the $20 instantly disappeared, as I am still not sure what she did with it. She said she will see what she could do, and offered us a room on the 33rd floor with a strip view, or 58th floor with a view the other direction going downtown. The Encore has “panoramic” rooms according to their site which are suppose to give more a view. We did not get upgraded to one of these rooms, but still had a nice view as all rooms at Encore have nice views

Not sure if the tip did any good and probably could have just asked for a room on a higher floor without the tip and may have gotten it.

Checked in at 18:00 on a Saturday. Didn’t get to choose agent. Handed over passport, credit card and $20 and said we’d appreciate it if she could find us something nice like a high floor panoramic. She laughed at first and put the cash off to one side (I thought that was just going to get handed back). She spent a while searching and then told us we were in luck and gave us a room on the 56th floor. I’m not convinced we couldn’t have got this by just asking nicely – but if not then on a 7 night stay this is over $150 upgrade for $20! By the way – the Encore skips floors 40-49 – so take this into account with upgrades – i.e. 54 is actually only 5 floors above 39!