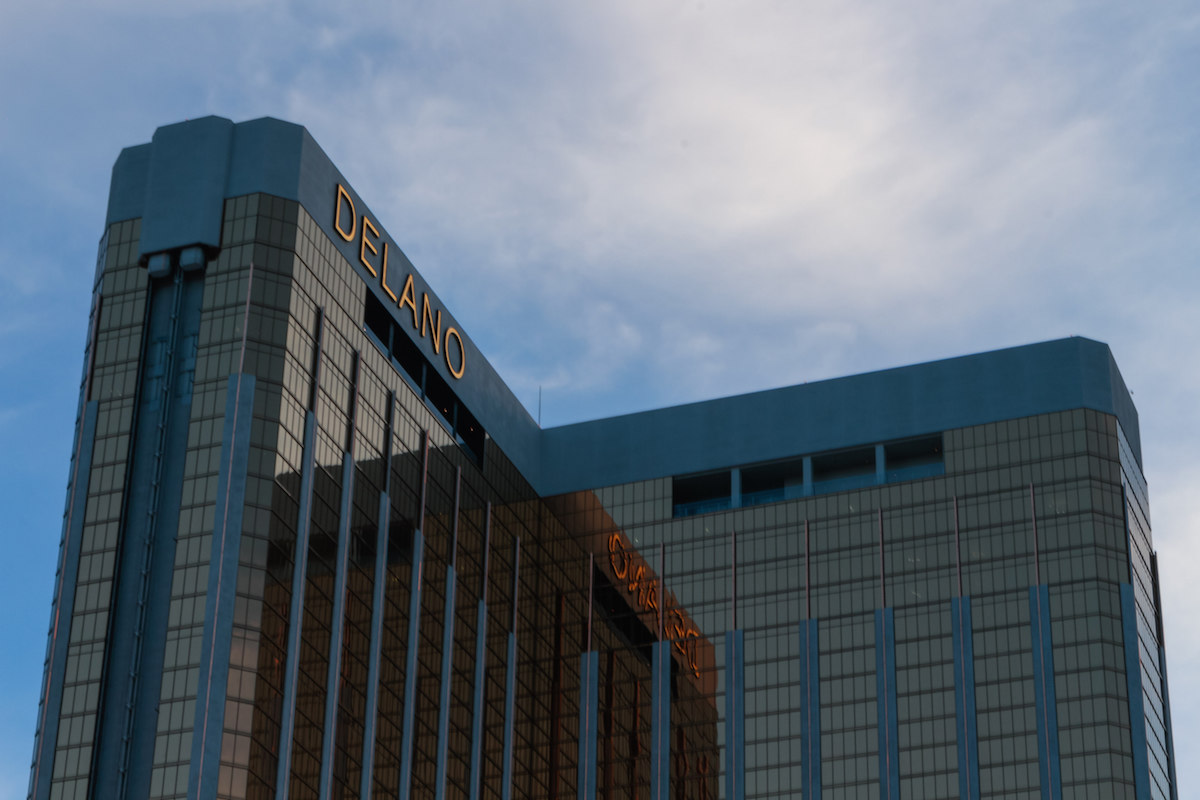 We made it in around 10pm on a Tuesday, there was only one clerk. Put the 20 between cc and Id. Booked a regular king. Rather than ask for an upgrade, asked for a room with a strip view. She said sure, but only had a 2 queen suite. This was fine since my wife and I are comfortable on a queen. We were on the 35th floor with a great view, a well spent $20. Very impressed with the hotel, booked through price line express deals.

I booked a V suite , booked off of their site. All clerks were rather older and mature. I hid $200 under my credit card when checking in passed it to the receptionist and said I heard you have incredible suites. He said you know we do, ill give you a call when your Suite was ready. He then added a nice credit for some food while the suite was prepped, although I didnt get it untill fairly late in the afternoon When I checked out i found they charged me app 175 extra per day as an upgrade, but hey I really didnt care as I know the value of stuff like that. I was curious and called downstairs to find the room rate if I came back in a month they said 800 per day. I wasnt really on a budget I just wanted to see if the trick worked.
Please note the suite I got isn’t listed on their web site, I heard it called an M suite and also as a penthouse suite. Corner suite strip view, at least 1200 sq ft at the very top of the hotel right under Mix.

We arrived early, 1 pm. There were many people and as I was looking around one clerk was taking a bit longer than the rest. I decided to get into that line. She was a bit serious but as i gave her my CC and DL I put a $20.00 in between. I told her it was a special occasion and could she upgrade us. She told me they were booked due to the Laten Grammys and a concert the next day. i inquired about TheHotel and she asked me to wait. I was up graded and given 6 free drink tickets. Thanks for the advise!!

Ryan
Tipped:  $20 Upgraded to  THESuite at THE Hotel at Mandalay Bay  from  standard room Mandalay Bay

Booked 4 nights standard room at Mandalay Bay. Got to check in about 11:30am Sunday. Little bit of wait, picked out a 25-30ish black male. Handed $20 sandwich, asked for complimentary upgrade. He quickly slid $20 into pocket and “apologized” for our “wait” in line. Proceeded to upgrade us to THESuite at THEHotel, 38th floor, strip view. I also asked for a mini fridge and he said normally they are $30 a night, but I will wave that charge for you! THANKS FOR THE TIPS!!

I was in Vegas for 4 days and 3 nights and stayed at The Delano. My flight landed at 9:40pm and I arrived at the hotel around 10:30pm. There was only one Front Desk Agent working at that hour. So, I had no choice but to get checked in by S*******. While I was walking from the taxi stand to the check in desk I was getting the ID+20+CC sandwich ready. So when S******* asked me for my ID and CC I handed all three over to her. She separated the $20.00 and handed it back to me and said that she can only accept a tip after checking me in. She didn’t even give me an opportunity to hint at an upgrade. So, front desk tip at Delano is a no go…. I did end up tipping her the $20.00 after check in.

Shelly
Tipped:  $20 Upgraded to  A corner suite  from

Webooked the cheapest room on expedia (110$ I think). Gave the clerk 20$ sandwich. He asked what we were doing inVegas. I answerd honeymoon (which was true) and without me asking he offered to upgrade us to a corner suite. I tried to ask forhotel credit but he daid it wasnt possible. Even so it was very nice!

Ben
Tipped:  $10 Upgraded to  Corner suite with a strip view  from  standard suite

I palmed the money in my hand. I made sure the clerk saw the money and asked if there were any upgrades available. He said it would take just a minute to see if anything was available. He offered a corner suite with a strip view. We took it and I gave him the money.

I was led to an agent who was a young male. He was smiling and very friendly. I gave him my confirmation information and credit card. We bantered about my being a return guest as I handed him a $20 folded bill. I asked him if he could possibly give me room with a view. He smiled and felt slightly uneasy. I should have slipped it in as suggested on this site. But he worked feverishly to find me an available room that I would like. At first he offered a corner suite on a lower floor or a strip view on a higher floor. I opted for the corner suite. He handed me my keys and directed me to the elevators. I was wondering why he directed me to the 2nd set of elevators reserved for higher floors. When I got into the elevators, I noticed that he had given me a much higher floor. The room was being still being serviced and I had to wait a few minutes but it was worth the wait. It was a nice corner suite (bigger and more windows) that offered views to the mountains, airport, pool, the Luxor and part of the strip. I think that he didn’t want his coworkers to notice that he gave me a corner suite on a high floor. Vegas is losing so much money right now that comps or upgrades are rare especially since the room rates are so low. I was happy with the $20 tip, it was well worth it. My package also included a $100 resort credit for a 2-night stay. Good deal.

Holy crap, that couldn’t have worked any better.
I went in nervous, saw my choices and felt my heart drop. All serious looking males in their 30’s. I start going to the black guy at the counter, only to be pulled in by a bald guy that looks like he should be on pawn stars.
Shit, I thought. This guy looks to serious to do this, and I started to disassemble my $40 sandwhich I prepared earlier.
He asked for my I’d and credit card when I thought, screw it, why not? And slipped just $20 in between. He grabbed it, and swiftly placed the 20 on his mouse pad, and quickly went to work. I’m in i thought.
But I wanted to seal the deal. I brought my friend along to book the room, and continued with our carefully laid out script.
“I’m in town till Saturday, and I just wanted to throw my friend a going away party. He’s being deployed to Afghanistan next week.”
Which was mostly true. He was just leaving in about a year.
I asked about any complimentary upgrades. He started typing away. I asked him about the h-suite, which, online, is the most expensive room. But they were all booked, so he offered me a l-suite. Pretty sure it was lsuite, I’m a but hungover right now. Anyways, it was 25% bigger than the hsuite, and was on the floor right below the club, which we learned was a penthouse suite.
Way fucking amazing. Don’t be to quick to judge a book by its cover.
Also bidets are cool.

Checked in yesterday at 11:45 am, and due to COVID, the Delano staff directs you to use a self check-in app on your phone. Do not do this, and let them know you want to check in at the front desk (or just tell them you are going to the front desk and walk past them). We originally checked in with the mobile app, so there was no one to tip, and the person directing you to check in via the mobile can’t upgrade your room. After we made this mistake, we went to our automatically assigned room on the 7th floor, and it was nice, but our view was of a wall and air conditioning units. I immediately called down to the front desk to let them know I was disappointed with the view, and after a brief hold, I was told that they would move me to the 10th floor and that I just needed to go to the front desk for new keys. When I got to the front desk, I approached a younger male and let him know that I just called down and was hoping for a room on a higher floor. I passed him my ID and the $20 (credit card not needed at this point because I already checked in) and he said, “Thanks, I really appreciate that, and I have one of our Stay Well Suites with a pool view on the 34th floor available.” The Stay Well Suite was approximately $25/night more than the room we paid for, so we saved $50 total for our 2 night stay. I think I could have not tipped him and still gotten the room, but I feel the tip was well worth the extra service we received.